Does following a nap routine come with any health benefits? Yes, like you, many in this world might have this question after missing important classes or office hours due to following a naptime routine daily.

So, is this beauty sleep good for health? What do experts say about napping? Before further, let’s discuss what napping actually is.

Who else doesn’t want to break a little from their busy life or get relief from the brainstormed task?

Yes, all do. Here, nap time or naptime is a fantastic way of doing so by allowing you to wake up feeling rejuvenated for the remainder of your day.

However, there is a dilemma about the ideal time of nape.

How to Maintain a Naptime Routine?

The length of nap time or naptime is critical to manage. Taking a long snooze might make you feel weary and sluggish. In addition, sleeping too late in the day may make it difficult for them to sleep at night.

But scientific report evidence saves you from this dilemma by stating that, in general, a 20-minute sleep in the middle of the day is optimal. You reach the first and perhaps second phases of sleep when you take a 10- to 20-minute nap.

That’s more than enough time to recharge your batteries and get the advantages of sleeping. Proper sleep allows your body to go through all five phases of the sleep cycle several times, which most healthy individuals do every 90 to 110 minutes.

Deeper sleep causes your brain to become less sensitive to external cues, making it more difficult to wake up and increasing the probability of grogginess and weariness. We actually deal with every morning sleep and daily schedule that we miss.

Benefits of an Effective Nap Routine

According to the CDC, a brief time of genuine sleep or so-called napping benefits the brain by reducing tiredness and attentiveness.

By napping, here are the following benefits:

Maintaining brain health while remaining healthy or avoiding neurodegenerative disorders might be difficult at times. However, there are various possibilities or choices for brain enhancement. However, just a few of them function well. But did you know that a 15-minute power nap can be highly beneficial to your brain’s health?

In 2021, an estimated 6.2 million Americans aged 65 and older will have Alzheimer’s disease. A new study exploring the relationship between an afternoon nap and cognitive performance in adults over 60 may provide new hope to those folks.

Surprisingly, it was found that a power nap may help prevent cognitive decline and dementia. Its findings were mostly favorable, indicating that individuals who napped after lunch performed substantially better cognitively than those who did not nap.

Remember, before the examination, most of us wish for a good memory for memorizing all lessons we have learned all day long. Even we have wished an Albert Einstein brain to solve all complex math.

Aside from brain food that improves memory, scientists have discovered several unique aspects of this. For example, it was found that quick napping helps to improve memory retention.

The cognitive advantages of taking a nap throughout the day have been extensively researched, particularly in connection to the sleep-dependent storage of declarative memories.

Naps of 6–120 minutes can minimize episodic memory forgetting and contribute to qualitative alterations in memories, such as the abstraction of underlying structure in acquired content.

This memory change is facilitated by active mechanisms such as offline memory reactivation. Sleep may also help to refresh memory networks, allowing for the storage of new episodic memories.

For many years, heart disease has been a leading cause of mortality. Doctors advocate combining activities such as nutrition, exercise, or keeping a healthy lifestyle to protect the heart. Aside from that, taking a midday sleep once or twice a week may reduce the chance of suffering a heart attack or stroke.

However, in the study, there was a disclaimer also. According to experts, a long nap was linked to an increased risk of CVD and all-cause death.

The term “sleep inertia” refers to the transitional condition between sleep and wakefulness, which is characterized by poor performance, decreased alertness, and a desire to return to a sleep state.

Other than medical procedures, a nap may be precisely needed if you want to avoid sleep inertia. However, according to a 2017 study, the time of the nap is critical.

Sleeping for a brief length of time during a work break may assist you in reducing sleep inertia. In addition, naps are a frequent technique for people to get more sleep.

Ideally, a brief nap, between 10 and 20 minutes in the afternoon, might help you sleep better if you are not dealing with sleep deprivation.

Besides that, it was found that people may lose some weight during sleep due to water loss. But no particular evidence has been found on whether napping helps you lose weight or not! Moreover, there are other ways of weight loss management.

After reviewing all these napping benefits, you may ask yourself, it’s nap time, right? Not so fast, for enough decisions to make.

Regarding health advantages, a long nap is not that beneficial. In fact, long naps have several cons, including

Q: What’s the effective way to take a nap?

You can follow several ways to take an ideal nap, such as:

Q: Can you nap with daily contacts?

Of course not. In fact, it is not safe to sleep while wearing contacts. You can listen to some relaxing music while sleeping or napping.

A short nap can be an effective option to induce energy, boost up while working, or follow a lesson. Napping can be influenced by factors like age, gender, and sleeping time, so before napping, you can also take help from your health coach to catch up with an ideal naptime routine. So, it’s nap time! 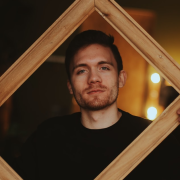 Leonel Escobedo
Leonel had shown a great passion for writing about travel and lifestyle. He never had the interest to pursue work as a manager in any company. Leonel started writing in 2011, and his eBooks and contents are famous on education sites like the Magazine and Huff post. He is an award-winning writer who never disappoints when it comes to reviewing wellness and lifestyle. His passion is not only limited to writing. Leonel focuses so much on changing the lives of people. He actively participates in self-help groups that focus on dietary disorders. Escobedo teaches people about the importance of routine exercises as a way to build better fitness. He also has a sense of fashion, and many men follow his timely content about the fashion trends. Escobedo is a real inspiration for young writers. He confirms to many young talents that are not always about the career, but rather the passion that defines success. He does not regret not seeking employment since he believes educating people through writing is the most fulfilling work.
Previous

Green Tea Shot: Is It Just a Drink?

A fun and tasty shot for pre-game or a popular party shooter which is quick ...
By Leonel Escobedo
October 26, 2022

Do you often consider the glass to be half full or half empty? That query ...
By Leonel Escobedo
September 23, 2022