While smartwatches and fitness bands are the most common devices for tracking health metrics, there’s a niche that’s completely unexplored by the big wearable players, which is “smart rings.” Products like the Oura Rings flawlessly track the usual metrics like calorie burn, steps, heart rate, and sleep. In fact, this wearable tech ring got FDA clearance for fertility tracking. But is this wearable ring really effective for fertility tracking? If yes, then what makes this wearable tech ring so special?

Mainly Ōura Health Ltd. is a Finnish health technology company that began its journey in 2013. Among tech enthusiasts, this wearable ring company has gained tremendous popularity for offering a fitness ring that’s virtually indistinguishable from a traditional ring, with sensors located on the inside. But these sensors do not make the wearable tech ring any thicker, which is completely hidden when the ring is worn.

But as the common proved says, life is not a bed of roses. And in the case of Oura rings, that’s all actually happened. In 2015 first generation of Oura Rings first debuted on Kickstarter, which was designed by Harri Koskinen and his team.

At that time, this first gen of this smart ring was thought to be the world’s most advanced smart ring. In fact, through oura ring app, you can achieve your fitness goals and measure holistic and accurate sleep cycles.

Moreover, some issues like limited size and poor battery performance were reported though the campaign was a huge success. To resolve this matter, the company opts for the second generation.

So, what changes has the Company made to the audience in oura ring gen 2? Well, at this time, the second generation of Oura Rings was noticeably smaller and looked very similar to a traditional ring in size with an efficient battery that can last up to 6-8 days after a single charge.

In fact, earlier in Covid, this smart ring was thought to be one of the ideal options for measuring covid infection early signs, though a sufficient outcome could not be found to verify this claim.

Moreover, as Company’s ultimate vision is to inspire people to be more aware of their minds and body, it announced the third generation of its Oura Ring. Through this new gen, the audience can see new biometric data like daytime heart rate measurement, workout heart rate, blood oxygen sensing, and prediction of the period. Which again hit the discussion table all around the world.

Because after reviewing the controversial issues of Natural Cycles, many people gave up on measuring their fertility. Yet, at the halfway point of this journey, a glimmer of hope just appeared; when the potential aspects of Oura’s temperature data were revealed, where their algorithms were light on to be ideal for fertility detection.

How Does Oura Rings Work for Fertility Tracking?

It was found that without interruption, Oura is a more reliable wearable tech ring because its temperature sensor detects temperature data once every minute throughout the day, which is way more effective than traditional devices like oral thermometers.

Though some still prefer other smart tools for detecting nocturnal temperatures, such as armbands, bracelets, and earbuds. But the heartbreaking part is these other smart devices unable to show promising results, like Oura rings which have applications for measuring nocturnal finger skin temperature to monitor menstrual cycles in real-time.

After learning this amazing fact, you might be curious to know how this smart ring even works, right?

Aside from that, this smart ring temperature data can evaluate the unique temperature pattern, which can be measured in progesterone early in pregnancy.That means while using the Oura ring for fertility, women might have a clear vision of the state of their pregnancy before going for a pregnancy test.

As a result of this unique verification, Oura finally got clearance from the FDA. And from now on, Natural Cycles digital birth control users can use temperature data from Oura rings to predict when one may become pregnant.

However, besides the all-new features, Oura still needs to catch up comparing its competitor. And the reason is its sky-high price point.

Whereas a company named RingConn, is bringing its smart ring at US$149 on Indiegogo. This new lightweight smart ring can track numerous health metrics, including Heart Rate Variability (HRV) and sleep quality. In fact, apart from the price, this new ring has more features than the Oura Ring 3.

In addition to that, if you are looking for other alternatives like this wearable ring, then you can consider like:

All of these have several outstanding features that anyone can be looking for, moreover, before buying any tech gadgets for fitness, first review all the features.

What is the price of Oura rings gen 3?

The date is not so far when through these types of smart rings, people may discover sophisticated data like the entire trajectory of pregnancies, miscarriage issues, preterm birth, and delivery.

Moreover, if FDA finally approves oura rings for preliminary detection of early pregnancy, then countless lives can be saved as unintended pregnancy results in mortality and morbidity cases are rising globally. 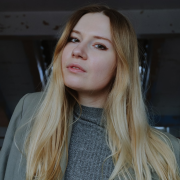 Adderall and Amoxicillin Shortages in the US

iPhone 13 Won’t Be Port-Less! Here’s What You Need to Know

With only a few weeks until Apple launches the iPhone 13, it won’t surprise that ...
By Phyllis Olson
January 24, 2023