A moist and flavorful oven-baked Turkey served at the Dinner table. After seeing this line, what is the first thing on your mind? Yes, we are pretty sure that you might have a recalled oven-baked turkey dish that you tried out last Thanksgiving night. When it comes to Thanksgiving Day Traditions, most of us try to prepare some turkey dishes. But as whole baking turkey seems troublesome, some prefer alternatives, including turkey wings, which are gaining popularity among Americans.

America’s chicken wing obsession is nothing new topic to all. But obsession over turkey wing is fairly new, which has been buzzing over in recent days. So, unlike whole baked turkey, is turkey wing easy to make? If yes, then how can you try out this no-fuss recipe at home?

The interesting part is you can try many ways to cook a turkey wing. In fact, there are many turkey wing recipes available that you can make easily at any party, including for the upcoming Thanksgiving dinner party.

If you face the hassle of baking the whole turkey in the oven, then you can try out this baked turkey wing recipe. Just place some sliced onions into the bottom of your baking dish. Then, place the turkey wings in the dish and use olive oil to drizzle both sides of the wings. After that, based on your preference, sprinkle some spices onto both sides of the wings and, by hand, gently rub the spices into the turkey wing. Before putting the turkey wing in the oven, pour the broth along the edges of your baking dish. Yes, after that, your dish is ready to bake.

Besides bbq, you can try out smoked turkey wings too, and the recipe is again so simple. All you need to do is follow the simple rule. Just use olive oil and BBQ sauce to coat your wings. Then pre-heat your smoker to 225 degrees F. While preheating, you can put the wings into a refrigerator. When preheating is complete, put the wood chips in the smoker, place the wings on the preheated smoker rack, and smoke for 2 hours. Moreover, If you love to eat crispy skin, then adjust the temperature to 350 degrees. Cook until it is crisp.

And lastly, we have air fried turkey wings recipe for you! In this case, pre-heat your air fryer to 350 degrees F. Then use cooking spray or brush olive oil on the air fryer basket. Then, coat the wing with a spice mixture (a combination of garlic powder, onion powder, oregano, brown sugar, paprika, cumin, salt, and pepper) and olive oil. Then, after coating, place the wings. To the air fryer and cook for 15 minutes. While cooking, flip them over and cook for an additional 10 minutes.

However, if you are a weight watcher or have any health conditions like obesity, diabetes, or high blood pressure, then it’s ideal to have an idea about turkey wing calories.

When it comes to nutrition, still there is a long debate still between turkey wings vs. Chicken wings, let’s have a look what are Nutritional facts of these two wings.

Table: Nutrition Facts Based on Vitamin

According to data, it’s seen that unlike Vitamin B5 and Vitamin B6, most of the vitamins are higher in chicken wings comparing turkey.

Table: Nutrition Facts based on Minerals

In terms of minerals, it was found that, if you consume turkey wing then you can get a higher amount of magnesium, phosphorus, potassium. Whereas, in the case of chicken wings, you can get a high amount of fiber, sodium, and iron. Moreover, it was found that foods with 350 milligrams of sodium or more in per serving should be avoided whenever possible as it is bad for health.

Yes, we are pretty much sure that, after seeing this table you feel astonished. According to data, it’s clearly seen that chicken wing has higher saturated fat. But the interesting part is that, unlike fresh turkey wings, chicken wings have a higher level of monounsaturated fat, 8.96g vs. 4.97g and polyunsaturated fat, 5.07g vs. 2.86g.

A study found that those who follow a diet, which is rich in polyunsaturated fat, have a lower risk of coronary heart disease. Besides that, it was also found that beneficial fat like monounsaturated fat decreases bad cholesterol levels in our blood, lowering the risk of heart conditions, including stroke.

Eating fresh turkey wings can add calories, so how to reduce extra calories from your body? You can take several common steps, like

How Long does it Take to Cook a Turkey Wing?

Besides a Turkey Wing, What Other Recipes can I Cook for Thanksgiving Dinner?

Moreover, besides these recipes for wings, you can also try other recipes, such as turkey tenderloin, turkey sandwich, or turkey wrap recipes.

If you don’t want to bake whole turkey chicken, then these recipes for turkey wings are sure gonna help you. But as we mentioned earlier, eating a turkey wing has both pros and cons. So while eating thanksgiving dinner with family, it’s best to consider your health condition first. In fact, while eating these juicy wings, include some salad items that help you burn calories. So, what recipe are you going to try out this thanksgiving day? 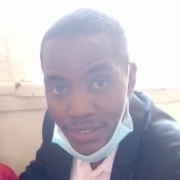 Action Movies on Hulu: Get Some Real Actions in Your Life!

Why Unproductive is Another Word for Perfectionism?

Being a perfectionist might be considered a strength to many. But it was pointed out ...
By Kiprono Langat
November 10, 2022